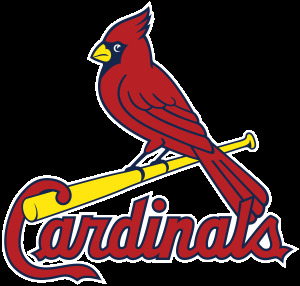 Bobby Green, 76, beloved Husband and Father, was called to his eternal resting place on June 21, 2022. He entered this world on July 25, 1945, in Murphysboro, IL, born to Elia and Anna Mae (Carpenter) Green.

Bobby and Nancy moved to Creve Coeur, Il, where he worked for Caterpillar for 30 years. He retired at age 48 to pursue his passion for woodworking. He created many family heirlooms for his children and grandchildren.

Bobby attended Crossroads United Methodist Church in Washington, Il. He coached 2 of his daughters in softball for a total of 8 years and left an imprint on the heart of so many other young softball players. When his wife wanted to expand the non-profit "Threads, Hope and Love" Bobby was an integral part of the construction project. He was a proud member of Taylor Mason Lodge #98 in Washington, serving as Worshipful Master of Taylor Lodge #98 for two terms.

Bobby was a beacon of light to the Salvation Army Emergency Disaster Services team. He supported other team members during disaster deployments and was loved by all. His favorite times were the "Green" family fishing trips and "Green" family reunions. He went on the fishing trips for 43 years. His brothers, grandsons, sons-in-law, nephews, great-nephews, and other family friends gathered at Kentucky Lake and created the most memorable times of his life. There was a saying, "What happens in Kentucky Stays in Kentucky," which says it all. Bobby was a die-hard St Louis Cardinal baseball fan. He would watch every game and attend some games with his daughters and their kids. His favorite activity, by far, was the time he spent with the grandkids. He placed an infinite amount of wisdom into those kids, and they are all special, incredible people because of his influence. They have his humor and loyalty to family. Their hearts are broken, but soon, they will be smiling when they think of the incredible man they were blessed to call "Grandpa."

Bobby was a loving husband, father, grandfather, brother, and friend. His humor is evident in the personalities of his girls. There wasn't a soul who met him who didn't tell you later that they "loved your Dad." He will be missed forever, and his memories and "stories" will be remembered with laughter and tears when the family gathers.

A funeral service is scheduled for noon on Tuesday, June 28, 2022, at Mason-White Funeral Home in Washington. Visitation will be from 10:00 am until 11:45 am Tuesday, also at the funeral home. Burial will follow his service at Glendale Cemetery in Washington. Memorials in his name may be given to the Salvation Army or Threads Hope and Love in Washington.

In honor of Bobby, the family is wearing Cardinal Red. Please join us by sporting your favorite Cardinal gear.