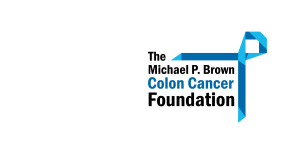 Michael P. Brown, Germantown Hills, IL lived a tremendous life in his 35 years. He attended Richwoods High School, where he was a cheerleader and standout diver, qualifying for state his junior year, competing as a state finalist his senior year, and sharing his talents as a diving coach for seven years.

Michael created Brown Construction as a teenager, providing such services as landscaping, roofing, drywall, painting, tree removal...you name it, Michael could do it. His construction business provided him with the funds to put himself through college to become a Registered Nurse.

Michael started his nursing career in the Cardiac Stepdown Unit at Methodist Medical Center and later transitioned to Interventional Radiology at St. Francis Medical Center. He was greatly respected by his co-workers and loved by his patients. Michael and Angie met in his final semester of nursing school and quickly fell in love. They were married within a year and had their first child, Jaxson, one year later.

In 2009, at the age of 26-years-old, Michael was diagnosed with a rare form of colon cancer, known to be very aggressive and carry an extremely poor prognosis. With an infant son and an entourage of family and friends by his side Michael underwent his first of many surgeries followed by chemotherapy. He then enjoyed four years of what seemed to be cancer free living. During this time, Michael and Angie's second son, Karter, was born. The Brown family strived to "Get Busy Living" for we knew that Michael's time with us would be shorter than we desired.

Michael was diagnosed with metastatic colon cancer in 2014 and it was at this time that we founded the Michael P. Brown Colon Cancer Foundation. With the help of a group of extremely ambitious friends and family that we love dearly, we held the first annual Michael's Run for Life Festival (run4michael.com). Our foundation was created to raise money to fund research for the aggressive type of colon cancer that Michael was inflicted with, Signet Ring Colon Cancer. We knew that our efforts would not save Michael, but we have the hope that it will help the next family affected by this disease to experience a very different outcome.

Cancer did not stop Michael from living. He coached our sons in tee ball, baseball, football, and soccer, competed in multiple half marathons and even a half iron man, all while actively undergoing treatment. Michael was extremely driven and leaves this world forever changed. He sustained over 100 rounds of chemotherapy along with numerous surgeries, but never lost his will to live!

He transitioned from this world to his forever home filled with limitless sour patch kids, LaffyTaffy, and Coke on Thursday, January 10, 2019. He created an extraordinary legacy for his children, Jaxson (9) and Karter (6). Michael will be greeted at the pearly gates by his father Paul Brown. He is survived by his wife Angie Myers-Brown, sons Jaxson and Karter; his mother, Susan Burdett-Brown; sister Monica Brown; father-in-law and mother-in-law, Tom and Deb Myers; and several loving and supportive family members.

A Memorial Service will be held at Willow Hill United Methodist Church in Germantown Hills on Sunday, January 13, 2019 at 6:00 pm with Pastor Bradley Watkins III and Pastor Ken Hogren officiating. The family will meet with friends from 2:00 pm until the time of his service. In lieu of flowers, memorials are suggested to the Michael P. Brown Colon Cancer Foundation.   Gone But Not Forgotten.  Online condolences at www.masonfuneralhomes.com.

To send flowers to the family or plant a tree in memory of Michael P. Brown, please visit our floral store.